Cool Classic Cars: A 1967 Chevrolet Corvette With A Great Story

First off, the 1967 Corvette Sting Ray was the last Corvette of the 2nd generation, and five years of refinements made it the best. And the Sting Ray was praised unanimously for its handling, road adhesion, and sheer power.

As soon as he returned from the Vietnam War,  he went straight to Jack Douglass Chevrolet in Hinsdale, Illinois, to purchase his dream with the military pay he had sent home specifically for that reason. It was this car that went up for sale with the Mecum Indy Auction.

As his son, who had the car for 24 years after his father’s death tells it, his father treated this 427/435 HP 1967 Chevrolet Corvette like a newborn baby. Never drove it if it was raining or park it in the sun. (We would  have liked this guy!)

He used the softest cloth available to clean the already immaculate clean car, and it rested in his garage on 4 jacks covered in carpets to take the pressure off the tires.

After his passing in 1993, his son Matt, the Corvette’s current caretaker, trailered the car to his home and put it up on a lift in his climate-controlled garage.

Matt tried to maintain the car with the same love and dedication as his father had. His dad kept all the original paperwork in order and it’s like new. It’s a true vault-find.

With just 8,533 original miles on its odometer, this just might easily be the best “from-the-factory” original 427 1967 Corvette in around – except for the battery and mufflers. This cool classic car is absolutely eligible for the Bloomington Gold Benchmark status – don’t you think?

This Corvette is undeniably one of the ultimate “blue-chip” Corvettes.

Here’s why this cool classic car is so special: 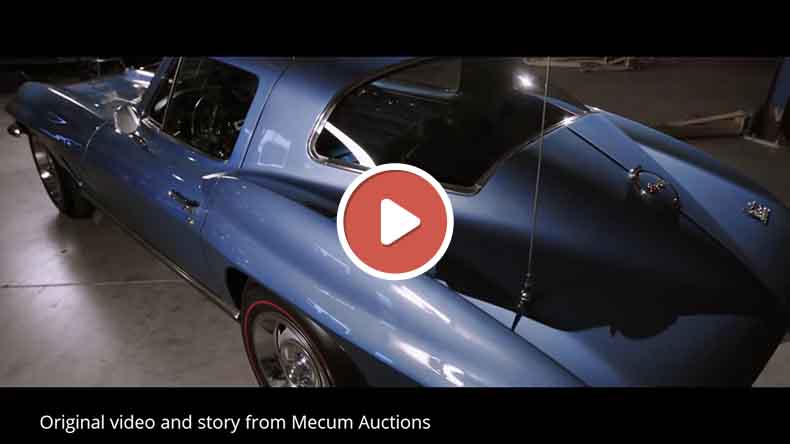 Let us know about your cool classic cars in the comments or on our Facebook page!

We hope you enjoyed reading about this Cool Classic Car: 1967 Chevrolet Corvette. You might also enjoy reading about a $1 Million Dollar Barn Find over here.