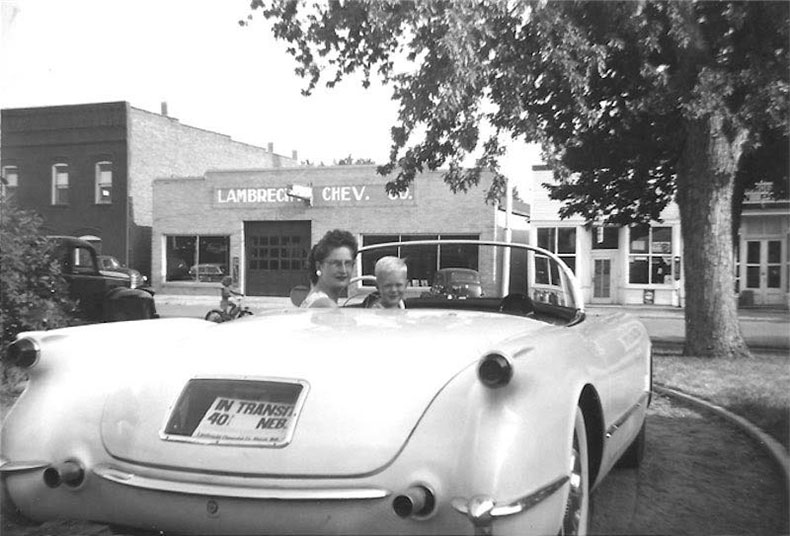 Ray Lambrecht and Mildred Lambrecht were the owners and operators of the Lambrecht Chevrolet company.

For over 50 years (from 1946 to 1996) the dealership owned by Ray P. Lambrecht sold new Chevrolets to multiple generations of families all over the Midwest and beyond.

Not the Stereotypical Car Dealer…

With honesty, integrity, and kindness the Lambrechts operated their business by lending a helping hand to others.

During Lambrecht Chevrolet’s first year in business, 16 cars and  6 pickups were sold during that period. He sold his cars for around $600 – $800 and Ray Lambrecht received awards for his sales from GM. 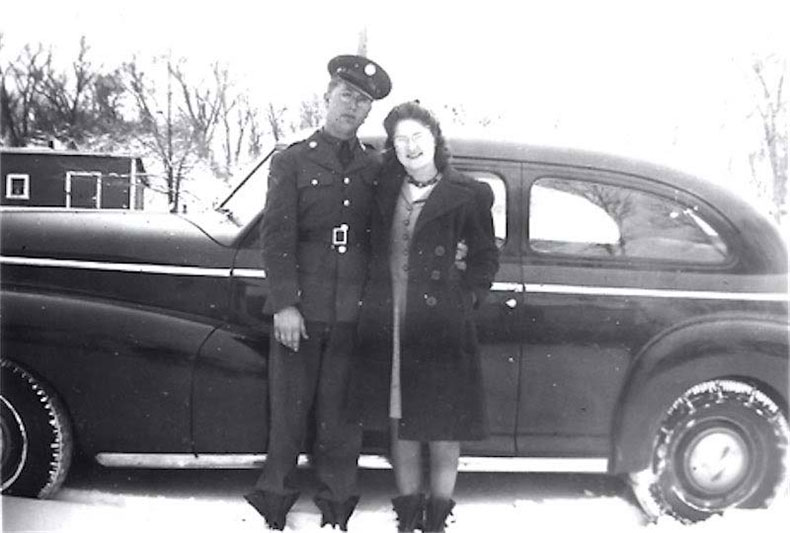 Ray was known as the Chevy dealer to see for the best price and most courteous treatment. He sold cars all over the country. Throughout the years, Lambrecht Chevrolet participated in all of the important local celebrations and events.

During the Nebraska Centennial in 1954, Ray was honored to drive the Governor of Nebraska in the ’53 Corvette model down the main street in the parade. Ray also drove dignitaries in a new ’59 Chevy during the 100th anniversary of Pierce County.

Ray always sold people the latest of the Chevrolet’s models which resulted in this big collection of the old models in his inventory because unlike most dealers, he stashed many of his unsold cars if they didn’t sell in the first year. These were the cars that kept Ray and Mildred in the dealership for 50 years.

A Goldmine for Muscle and Classic Car Restoration Junkies…

People who assembled in the auction saw that most of the cars were smooth-running. It was a muscle and classic car restoration goldmine. 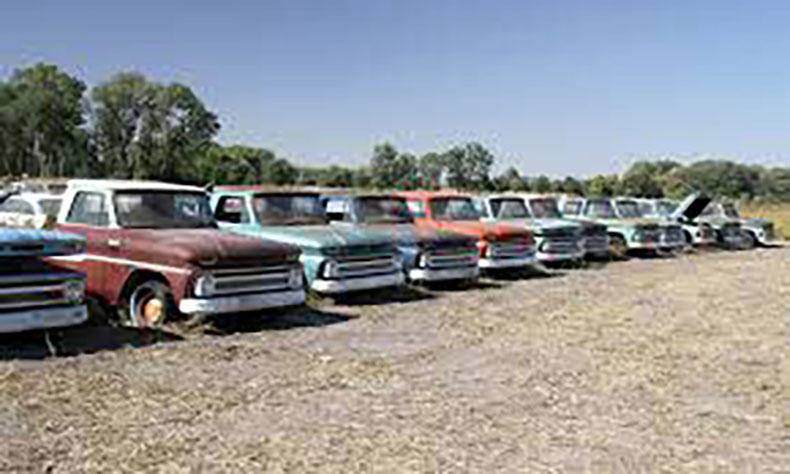 Here are some of the top sales in the Lambrecht Chevrolet Auction:

The inventory included many new cars along with the authentic MSO’s as well as rare and vintage ’50s and ’60s Chevy models which were ideal for a classic car restoration project. The Lambrecht Chevrolet auction, comprising over 500 classic vehicles, was difficult for the family but they found it inspirational to see all the car enthusiasts who showed up at the auction.

Overall the Lambrecht auction was a huge success and a whole new generation of car lovers was able to begin their own classic and muscle car restoration projects with these “like-new” old cars.