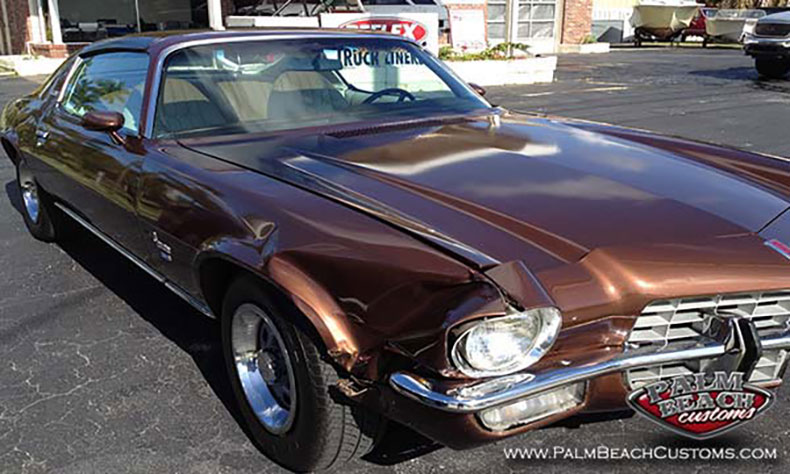 Not All Auto Body Shops Are Equal

Once upon a time in the city of Fort Myers, there lived a 1973 Camaro LT. It wasn’t the fanciest Camaro ever but was well-loved by her owner.

She has had her since 1973. On Christmas day in 2012, an accident crumpled her right fender grill and bumper when she was on her way home from work. That day was her first accident in 39 years.

The owner was devastated and didn’t know where to turn for help. Not all auto body shops are equal when it comes to the old car auto body and paint repairs. Her owner interviewed several shops who claimed they could handle the job.

What to Look For in an Auto Body Shop

We were looking for a shop that would take the love and care to put her 1973 Camaro LT back together correctly. Enter Big John Russo owner and operator of Palm Beach Customs.

John demonstrated all the characteristics we were looking for. He was enthusiastic and showed a genuine interest in not only putting her baby back together but making her better than ever when finished.

After several discussions and visiting the shop, we decided that we believed it was the right one. John did what he said he would do and a lot more.

When you have an old car, it is like remodeling an old house. You never know what you are getting yourself into until the work begins.

John worked not only on the physical side but was instrumental in working hand in hand with the insurance company.

The car turned out spectacular, and they were back on the road again. That is not a fairy tale.

Check Out The 1983 Camaro LT Below

Front end damage Not all body shops are equal 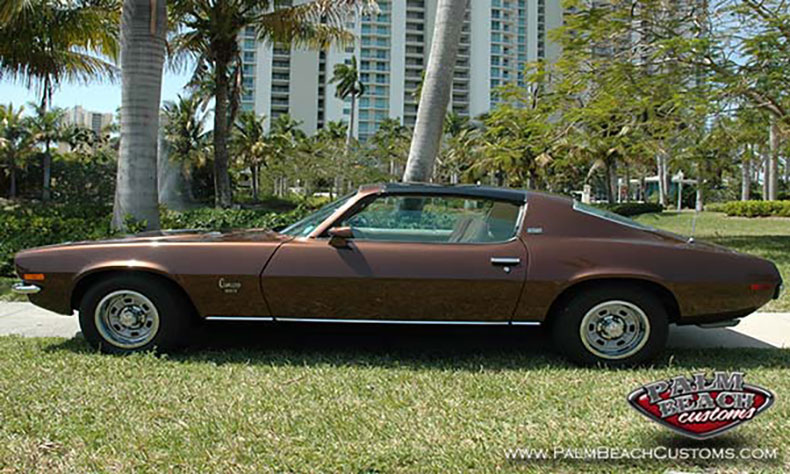 1973 Camaro Auto Restoration Not all body shops are equal