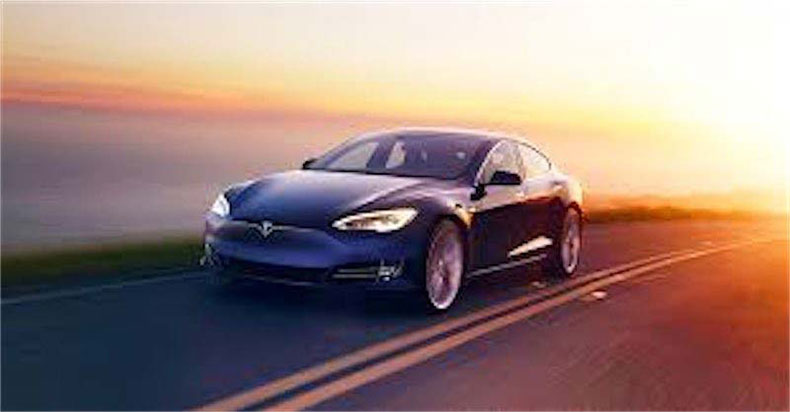 As a classic and muscle car restoration shop – we love our horsepower and the sound of an engine at Palm Beach Customs, but we can appreciate the rising popularity of electric cars as well.

For the first time in the history of the modern car, the most valuable Top 5 U.S. car company doesn’t have Detroit roots…

Silicon Valley’s Tesla leaped over General Motors on Monday to become the U.S. car maker with the largest market capitalization.

This historic milestone is likely to be on the minds of Tesla Chief Executive Elon Musk and GM Chief Executive Mary Barra as they head over to visit the White House on Tuesday.

Over the past month, the electric car maker has surged 35% as investors bet that Musk will forever revolutionize both the automobile and the energy industries.

That compares to a declining share performance by GM in recent years that recently led billionaire investor David Einhorn to propose splitting the stock into two classes to help boost its price.

The Palo Alto, California company is pushing to launch its mass-market Model 3 sedan in  2017 and with a goal to reach a production target around 500,000 cars a year in 2018.

Last year Tesla sold only 76,230 cars. This is really a win for the underdogs!

Down nearly 20% since 2013 in the stocks, GM scaled back operations outside the United States while moving to increase its profitability.

Some argue that Tesla’s (which they believe is not profitable) stock price is based on long-term expectations for Tesla ‘s growth.

Will Tesla Stay on the Top 5 Auto Companies List?

In a report, Potter wrote: “Tesla isn’t just another company…Tesla engenders optimism, freedom, defiance, and a host of other emotions that, in our view, other companies cannot replicate.”

Jeffrey Gundlach, who oversees over assets at  DoubleLine Capital, said to Reuters last week: “As a car company alone, Tesla is crazy high valuation. As a battery company – one that expands and innovates substantially – maybe the valuation can work.“

Skeptics believe Tesla ‘s company is at risk of being overtaken by GM, Ford, and manufacturers working to bring on their own electric-vehicle offerings.

History of the Tri-5 Chevys

Read about those here….